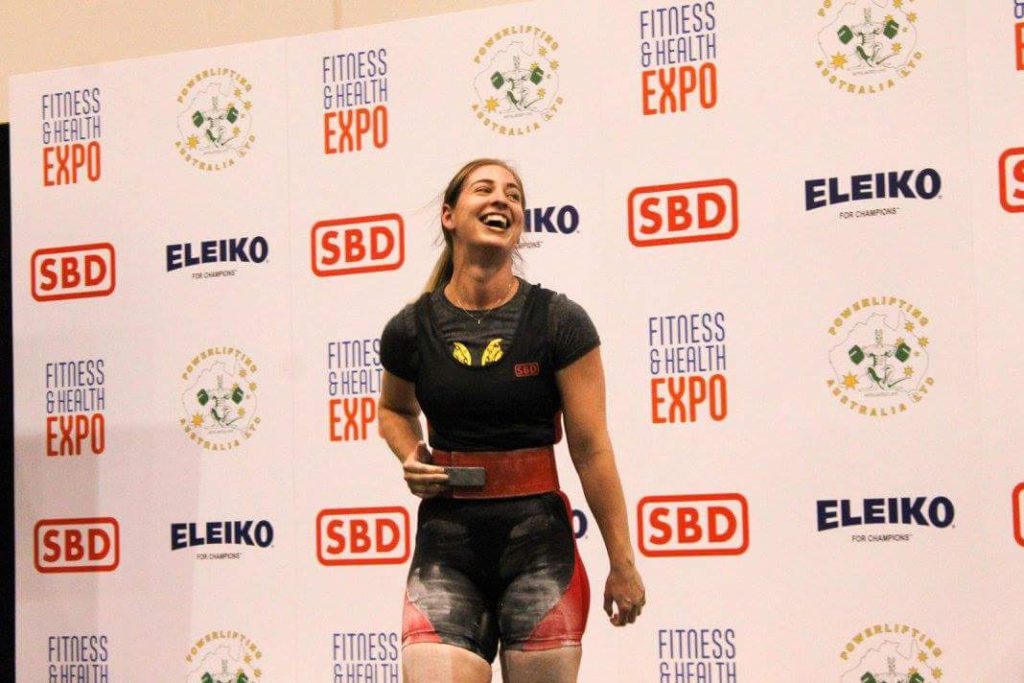 Scroll through lifting videos on social media or see any old school bodybuilder in a commercial gym and you’ve likely seen someone wearing a lifting belt.

But what does it do and should you be wearing one?

Some lifting purists will say you shouldn’t wear a belt, ever; that it’s doing the work for you and doesn’t count as “raw” lifting if you’re wearing a belt (a reference to raw v equipped powerlifting).

And then there are those that put on their belt as they walk out of the change room and leave it on for their entire session, no matter what lifts they’re doing.

So who’s right? When should you use a belt?

As always, it depends.

Firstly, let’s look at what it does.

Note, this isn’t about pushing your abs outwards into the belt. It’s about using the belt as a physical reminder to maintain core tension throughout the lift.

By increasing intra-abdominal pressure, wearing a lifting belt could improve the maximum capacity of a lifter by 5% and 15% – meaning it will help you lift heavier.

However, the belt isn’t doing the work for you. It’s helping you improve your bracing mechanics so that you can lift heavier and safer. Wearing a belt won’t enable you to do something that you’re body isn’t already capable of.

As a lifting belt is designed to increase intra-abdominal pressure, it’s important that you have trained for a period of time without a belt so that you understand how to create appropriate tension and brace effectively. If you can’t do this, adding a belt isn’t going to save you.

Only once you have trained for some time without a belt and have a solid foundation of strength and proficiency in squatting and deadlifting, and want to test yourself under heavier loads, would I recommend considering a belt.

What should you get?

Lifting belts range significantly in cost so have a look around and find one that suits your budget and needs.
The main variations are in width, thickness, and how the belt is secured.

Width
You want a belt that is uniform width the whole way around to maximise the surface your core has to brace against. Most belts are 10cm (4 inches) wide as this is what tends to be suitable for most people and is the maximum width for most powerlifting federations. If you have a narrower gap between your ribcage and hipbones then you may want to look at getting a 7.5cm (3 inch) belt.

Thickness
The thickness of a belt will indicate the rigidity of the belt – the thicker the belt, the more rigid it will be, which will limit mobility. Thicker belts are generally used for heavier, less dynamic movements, such as squats and deadlifts, especially in powerlifting, whereas a thinner belt that allows more movement is generally preferred for Olympic weightlifting movements (clean and jerk and snatch).

13mm is usually the maximum thickness for belts which is very stiff and usually only worn by people lifting very heavy who require extra support. 10mm belts are more common and suitable for general lifters. There are also thinner belts that are more pliable but don’t offer as much support. These can be good for dynamic movements or when only a small amount of support is desired.

Normally, belts are secured with:

Prong belts are handy because you can adjust the tightness of the belt depending on the clothes your wearing and level of bloating. However, double prong belts can be more difficult to get on and off and don’t provide much (if any) additional stability than a single prong for the added hassle.

A lever belt is quick to release after a lift and you don’t have to take the belt off the whole way in between sets to be able to breathe. Just release the lever and you have extra room. Lever belts are also always secured with the same tightness so you know it’s in the right spot. However, if you wear thicker clothes or are a bit bloated, your belt might feel too tight and adjusting a lever belt is not something you want to be doing every session.

Velcro belts are predominantly used in Crossfit as they are able to be adjusted quickly and are relatively pliable so athletes can wear them for the strength portion of a WOD and then easily adjust it for the other portions. Velcro belts don’t provide as much stability as the thicker prong and lever belts but are good if you only want a little bit of extra support.

For most lifters, a belt that is 7.5cm-10cm wide and 10mm thick will provide adequate support and stability for the main lifts.

Once you have a belt, when should you wear it?

It’s not necessary to wear a belt for your entire training session, or even for every session. If you’re lifting at 80% of your max or above and you’re not doing a specific beltless session, then we’d recommend our athletes to put their belt on for their final warm up set and their working sets.

You also don’t need a belt for all of your lifts. Wearing a belt is encouraged where there is significant spinal loading, such as squats and deadlifts. It can even be useful for overhead pressing and olympic lifts. Some people also prefer to wear their belt when they’re benching to help them brace, however this one is really down to personal preference.

It’s not necessary to get a belt for your lifting; however, if you have developed solid bracing and lifting mechanics and have the budget to invest in a belt, it can be an effective assistive tool.